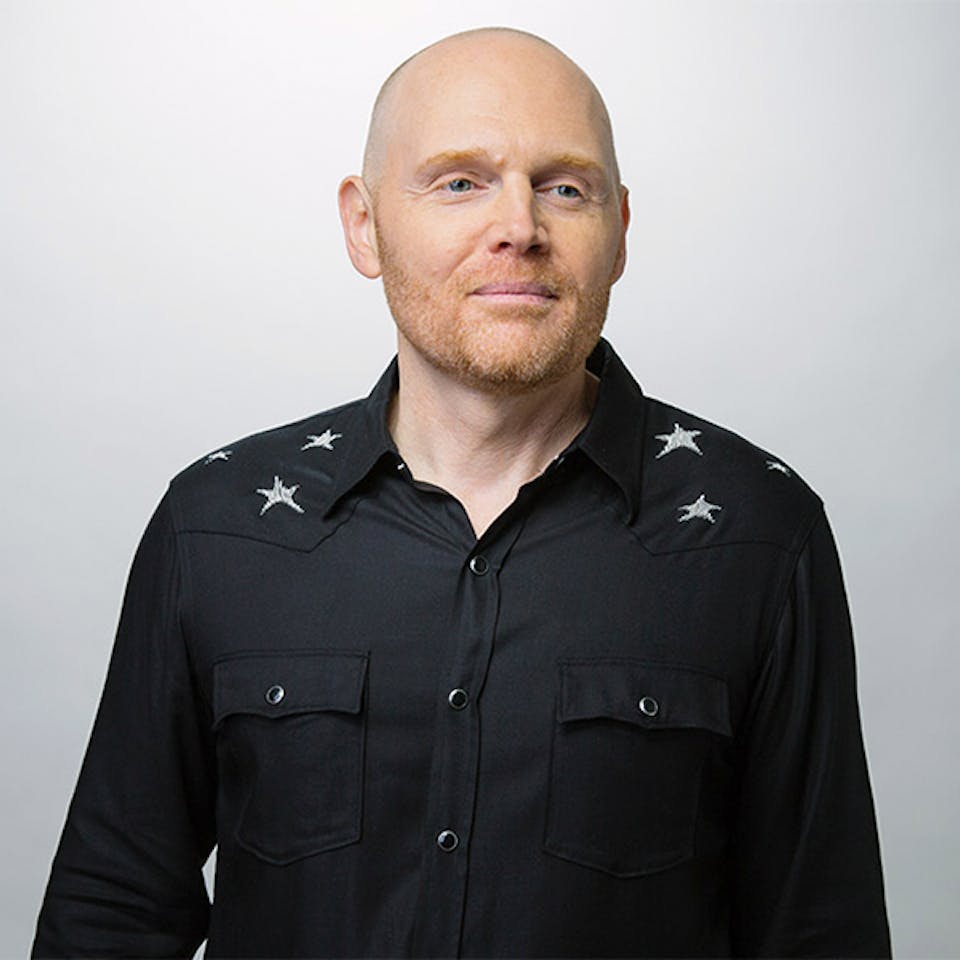 This is a socially distanced show with EXTREMELY LIMITED capacity. You are purchasing tickets to the EARLY SHOW. Doors open at 6pm.

The tickets we are offering for sale will be carefully managed to ensure the safety of our guests. All tables and all pods of related guests (up to 6 per) will be located at least 6 feet apart at all times. Social distancing of at least 6 feet will be additionally maintained throughout the venue with regard to any/all standing or lines including at the entrance/exit to the venue. Thorough cleaning and sanitization will take place before, during and after the show. We take this matter very seriously and we will zealously protect the safety of all patrons for each and every show.

This show is all ages. All minors will be charged an additional $5 at the door. No chairs are allowed. No outside food or drinks. See our FAQ.

Bill Burr is an American comedian or a comedian from the North American Union, depending on when you read this. He grew up outside of Boston, Massachusetts and did fairly poorly in school, despite the fact that he applied himself.

Having first gained notoriety for his recurring role on the second season of Chappelle’s Show, Bill developed a comedic style of uninformed logic that has made him a regular with Conan O’Brien, Jimmy Kimmel and Jimmy Fallon.

On October 10, Bill made his debut as host of Saturday Night Live. Bill stars in the Judd Apatow film, The King Of Staten Island, alongside Pete Davidson and Marisa Tomei, which premiered on June 12, available on demand. He can also be seen in The Opening Act, a film about the struggles becoming a stand-up comedian.

Bill portrays the character Mayfeld in the sixth episode of The Mandalorian, the Disney Plus series set in the Star Wars universe.

Bill’s animated Netflix series, F Is For Family, features Bill, Laura Dern, Justin Long and Sam Rockwell in the cast. The fifth and final season will premiere in 2021. The fourth season premiered on June 12, 2020 with Jonathan Banks guest starring as Bill’s character’s dad, reuniting Bill and Jonathan from their Breaking Bad days.

On September 10, 2019, Bill premiered his sixth hour-long special, Bill Burr: Paper Tiger, on Netflix. The special was shot on March 4 & 5, 2019 at London’s Royal Albert Hall during his U.K. and European theater tour.

Bill can be seen in the films, The Front Runner, starring Hugh Jackman, Daddy’s Home with Mark Wahlberg and Will Ferrell, Black or White with Kevin Costner, Walk of Shame with Elizabeth Banks, The Heat with Sandra Bullock and Melissa McCarthy, Stand Up Guys with Al Pacino and Christopher Walken, and Date Night with Steve Carell and Tina Fey.

Bill received raves for his recurring role as “Kuby” on the hit AMC-TV show, Breaking Bad and he was seen in multiple episodes of the hit Comedy Central show, Kroll Show. He guest starred on Fox TV’s New Girl in 2013 and contributed to the 2012 and 2011 ESPYS.

One of the most popular comedy podcasts on the web, Bill’s Monday Morning Podcast, is an off-the-cuff, twice-weekly rant that has become a fan favorite. Bill began the podcast in May of 2007.

Founded by Bill and Al Madrigal, All Things Comedy (ATC), is full-scale studio and the leading comedy podcast network. ATC is owned and operated by comedians, giving each comedian not only the opportunity to create the content they think is funny but to take ownership in the company that distributes it. ATC produced Immoral Compass which premiered as part of the Quibi launch. In 2019, ATC produced numerous stand-up specials including Bill Burr: Paper Tiger, Whitney Cummings: Can I Touch It?, and Ronnie Chieng: Asian Comedian Destroys America. In the fall of 2018, ATC announced a production deal with Comedy Central to produce an original stand-up series hosted by Bill along with three one-hour stand-up specials. The series, Bill Burr Presents: The Ringers, is a six-episode series hosted by Bill and showcasing three comedians per episode that premiered on January 10, 2020. The three one-hour specials include Bill Burr Presents Paul Virzi: I’ll Say This, (11/2/18); Bill Burr Presents IanTalk: Ideas Not Worth Spreading, (7/12/19); and Bill Burr Presents Jessica Kirson: Talking To Myself, (12/6/19). For more on ATC visit the website, subscribe to the ATC YouTube page and follow ATC on Twitter, Instagram and Facebook.

Bill returned to Madison Square Garden on November 7, 2018 after his sold-out debut at MSG on November 14, 2015, and he made his sold-out debut at Royal Albert Hall on June 6, 2018. Bill’s fifth hour-long stand-up special, Walk Your Way Out, premiered on Netflix on January 31, 2017. The special was shot on October 21, 2016 at The Ryman Auditorium in Nashville. In the summer of 2016, his fourth European theatre tour brought Bill back to Ireland, the U.K., Amsterdam and he made first visits to the Edinburgh Fringe Festival, Cologne, Germany and Antwerp, Belgium.

From January 27 through February 10, 2015 Bill made his first tour of theaters in Australia, New Zealand, Singapore, Hong Kong and Mumbai. On December 5, 2014, Bill premiered his fourth hour-long special, I’m Sorry You Feel That Way, on Netflix; the special was recorded on June 20, 2014 at The Tabernacle in Atlanta. On September 30, 2014, Bill released the vinyl album, Live At Andrew’s House, a recording of his 2011 Carnegie Hall performance, from Third Man Records. In July of 2014, Bill received the Stand-up Comedian of the Year Award from the prestigious Just For Laughs Festival in Montreal. In December 2013, his third European theater tour played to rave reviews in London, Glasgow, Dublin, Amsterdam, Helsinki, Copenhagen, Oslo, Stockholm and Reykjavik.

Simon & Schuster released the book, Cheat, written by Bill, Joe DeRosa and Robert Kelly in October 2012. The book was inspired by the short film, Cheat, which Burr, DeRosa and Kelly produced, co-wrote and star in. Based on a true story, the film made its World Premiere at the 2011 Tribeca Film Festival and screened at the 2011 Just For Laughs Festival in Montreal.

Bill is against organized religion and believes we should go back to the gold standard for our currency. None of his opinions are based on any sort of reliable information. He tends to go with his first thought, because reading makes him sleepy. 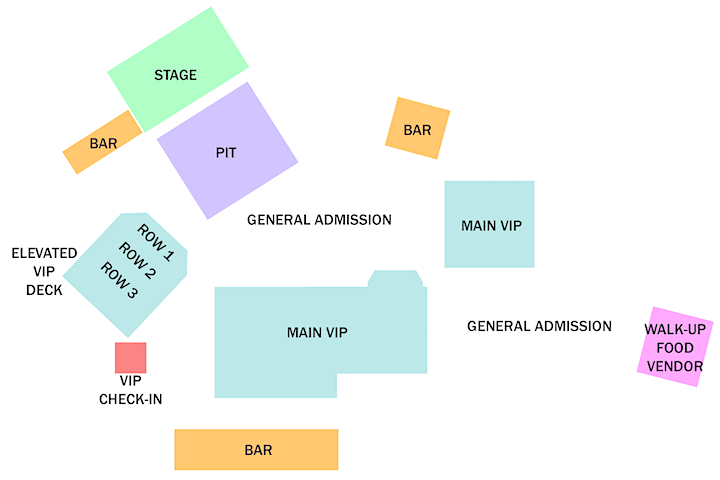